How Santa Tracks his Assets 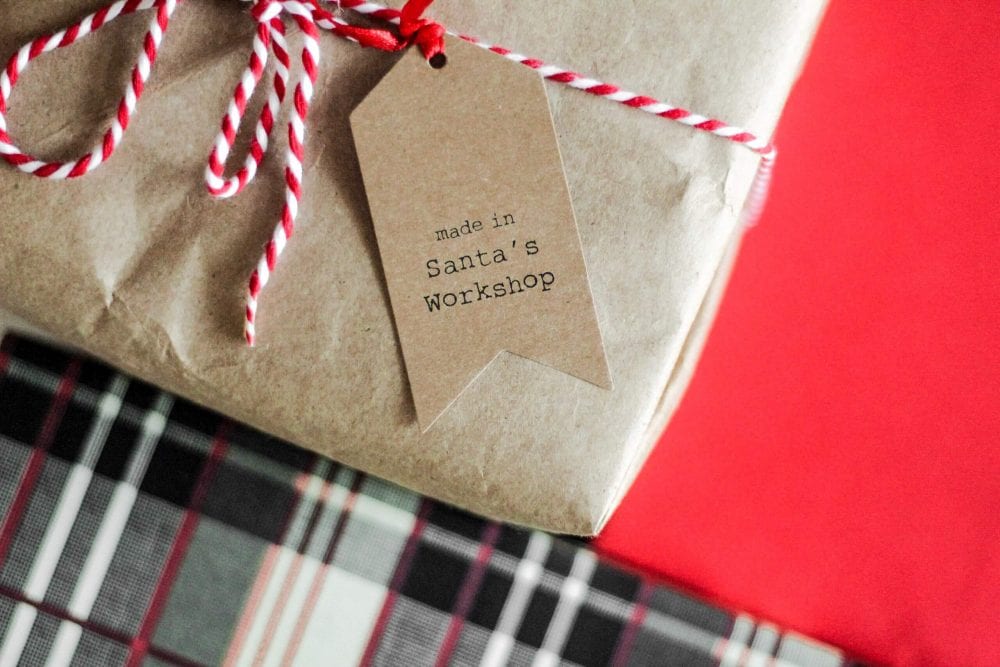 Picture this. It’s Christmas morning. You’ve had trouble sleeping last night because of the excitement. You feel like you’re young again. “Has he been?” You wonder to yourself as you rush to the sitting room. Slowly, you open the door. Joy fills your eyes and puts a smile on your face. The presents are there. It’s time to celebrate.

Santa has been busy. All year long his elves have been making toys. He’s been taking care of his reindeer. He’s been dashing around. He’s been preparing everything for this one night. How does he keep track of everything? Magic? Well, yes and no. The secret is that it’s a little bit of magic and a lot of asset tracking.

Thanks to the Christmas Labourers and Artists Union of Service-elves, or “C.L.A.U.S” for short, the itemit team was invited to travel to the North Pole to see the process first hand…

Making the lists (and checking them twice)

First of all in the long process towards Christmas day, children start writing letters. What is the deadline, though? It seems as if most parents have different deadlines for sending off those letters! What about the later children where Santa might not be able to properly make everything in time? What if there’s a lost letter?

The process here is simple. Tagging and scanning. One unique QR code per letter across the world. The elf gets out their smartphone, sticks on the tag, scans it with itemit, and adds the child’s name (Holly Yule, for example) to the app.

With this information, and as Santa has early access to an exciting new itemit feature that will be released in the New Year: collections, Santa can group and share assets more easily amongst all of his elves. Now they can very easily see which children in the world have and which have not sent their letters with a simple scan. Each child’s letter can be assigned to an elf a lot easier and kept track of better. No child is without presents in this case.

The collections are simple. One for the nice list. One for the naughty list. Now all it takes is scanning a letter and then it’s easy to see who the child is, and whether they’ve been good or naughty.

All of this means that elves can start making presents right away! All they have to do is scan in the letter and update the information so that it says toy construction is in progress. Santa no longer needs to wait until all the letters are in before he starts making the presents!

Now for the fun part. This is what the elves were hired for: Making everyone’s toys.

Before any manufacturing can start, however, first things first. Elf and safety. The union are very big on this and there hasn’t been an accident in years. The union accredited this to the easier tracking of elf and safety assets.

Those hats elves wear? They’re actually reinforced so that anything falling from the higher levels of the construction line won’t cause an injury. They’re all tracked with itemit QR codes so that every elf can stay safe, and so that when maintenance is needed on the hats, it can be recorded.

Now, with all of that out of the way, the elves can finally start making toys and presents. With all of the individual materials shipped up all the way from the penguins in the South pole, the materials have to be tracked to make sure everything gets to the right place for assembly.

Penguins don’t have much time to waste. Always gliding and asset dividing, penguins use RFID in order to track the locations of their assets faster and with more efficiency. Due to itemit’s user-friendly UI, even a penguin with fins can track assets with ease.

When the materials reach the North Pole, the elves can easily scan the RFID tags to ensure every asset has arrived, or to see the ones that haven’t. All it takes is an RFID scanner and tags with a good read range and all of a sudden everything is in front of the head elves with the app. Then all is needed is the distribution of each asset to the right place.

This previous step makes the next one a lot easier. Assembly. As all the right materials are on the correct production line, all that is needed is to stick each component of a doll together and there you have it, multiple assets become one. 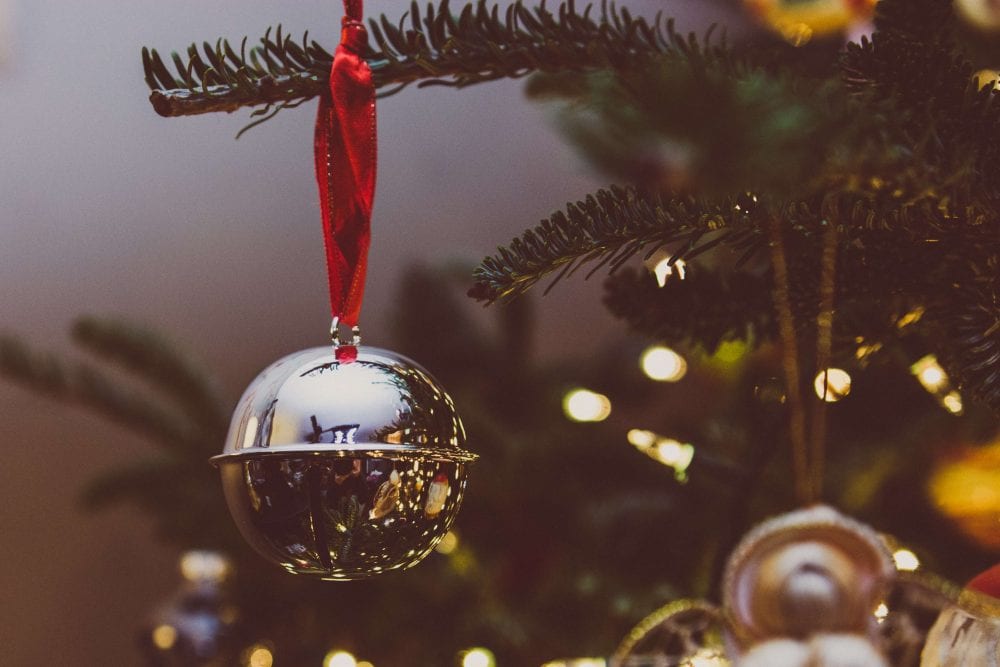 ’Tis the season to inventory

So when all of the presents are made, then what? Well. It’s time to link the presents to the children. So let us tell you an invenstory about how the elves do this..

All of the admin elves take over here, they can edit and update the information with existing tags after scanning them. Each elf can then assign presents to a child. If you look hard enough, inside the presents there is a beautiful little RFID tag ready to be scanned.

It’s a lot easier to keep track assets with itemit than with a spreadsheet. This was what the elves used before, but now they simply have to scan and match each present to a child. Before, one elf could only use one spreadsheet at a time as paper would have to be passed around before being added up to a database. Now, with a unique serial number that the app creates, there’s only one way to match up children to presents.

Also, one of the biggest problems with spreadsheets is a lot of RSI, or Reindeer Shouting Incidents, where the elves would take out the frustrations of scrolling for weeks on poor Rudolph. The reindeers joined in as well. Then, luckily, itemit put a glowing RFID tag on Rudolph’s nose so that Santa could track his own progress. The results speak for themselves.

There isn’t much left to do, now. The letters have been categorised by naughty and nice. The presents are tracked. They’ve been matched up to the children. All there is to do now is wrapping and bows and delivery.

With billions and billions of metres of wrapping paper for all of the gifts, the elves get out their scissors and their tape and start snipping. With the RFID tags already in the gifts and with each gift assigned to a child in the collection of good children, all it takes is a scan of the present before wrapping to update its location, and then the wrapping itself.

Elves are the most talented gift wrappers on the planet and beyond. It takes no time at all and it is done with great skill and accuracy. With itemit, they can go faster than ever before. They even have races now to see who the employee of the year will be!

How does itemit help elves wrap presents quickly? RFID tags don’t need a line of sight and so the presents can be identified after they have been wrapped up!

What this means is the elves don’t even have to look at the gift they’re wrapping, they can just speedily do their thing and then pass the wrapped up present down the production line.

In the past there was a process of looking at the present, writing down what it is, and then wrapping it up, before signing it off. Now, the elves whirr along with magic hands, wrapping the presents up as only an elf can. Then, elves with RFID scanners at the end of the production line need only scan the present and add a gift tag, before updating the status of the asset to “wrapped” in the app and putting the gift in each child’s pile.

It was Christmas Eve when the elves got to this stage.

When everything was wrapped, the boss walked in. His boots echoed across the hall as the music and laughter of the elves dies down as they watched with respect at the smiling, bearded man. He looked at the billions of piles. Each pile had the tracked letter at the bottom, the QR tag sitting on the front.

”Dasher, Dancer, Prancer, Vixen, Comet, Cupid, Donner, Blitzen, and Rudolph.” He called out with a hearty laugh. The reindeers pulled up a beautiful sleigh painted red and with jovial sleigh bells jingling along.

Santa pulled out his ice-phone, before scanning each letter and using his magic sack to collect the presents. He updated the status of each child to “ready for Christmas” and laughed “ho, ho, ho” with each scan.

There was only one thing left to do.

Santa sat in his sleigh with that year’s helper elf beside him. The helper elf had one job, to scan each letter as the presents flew from the sleigh down each chimney along with Santa. They then had to change the status to “Christmas cheer delivered” and then that home was ready to wake up.

Santa had his milk, his sherry, and his cookies and Rudolph had his carrots. Santa shared some of the sweeter things with his helper elf. They travelled the world laughing and talking, scanning as they go, knowing that no well behaved child would wake up the next day without any presents.

They returned home happy. All the presents had been delivered. The only thing left to do for Santa, his reindeers, his elves, his helper, and the itemit team… Was to take a Christmas elfie. 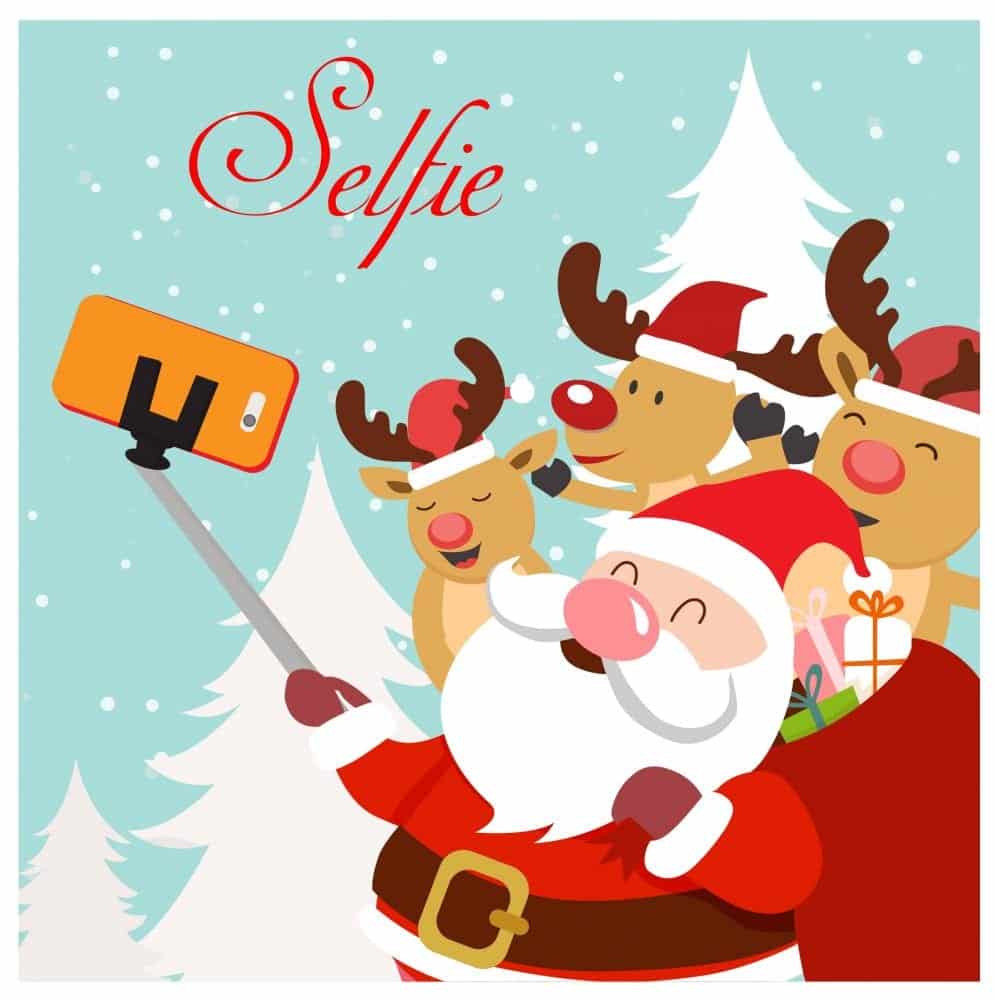 Looking for a way to spread Christmas cheer?